As we have described a black hole, we never can observe one of them because they would not reflect or emit any radiation or particle. But there are certain effects that can be detected. One of these effects is the gravitational effect on a neighboring star.

If this invisible star exceeds a mass of about 2.5 times the mass of our Sun, we must assume that it’s a black hole.

END_OF_DOCUMENT_TOKEN_TO_BE_REPLACED

Few years ago was time for the 100 anniversary of the publication of paper written by Albert Einstein about General Theory of relativity.

We want to celebrate offering all of you for free other book wrote by Albert Einstein: Relativity, The Special and General Theory. Wrote to in 1916 and revised in 1924.

According to the general relativity theory of Einstein, near a large mass, time happens slowly due to the gravitational action.

It is possible to find the relationship between the mass and the radius of a spherical black hole keeping in mind that the maximum speed that could reach an object, according to the theory of relativity, it is the speed of light.

The scape velocity in the surface of a spherical star will be the maximum velocity that could reach an object in order to stay in orbit around the star. This will happen when the kinetic energy of one object is equal to the potential energy due to the star gravitational attraction. END_OF_DOCUMENT_TOKEN_TO_BE_REPLACED

We are studying an object, that people may think from recent conception, but that it was conceived more than two centuries ago.

In their initial conception, a black hole was an object with a gravity force in their surface so big that nothing could escape from him; not even light if it were affected by gravity (this was not known 200 years ago). Before measuring the speed of light and before the theory of relativity, by means of which it was demonstrated that nothing could surpass the speed of light, people thought that a body could reach an infinite speed and therefore the black hole was a body in which the scape speed was also infinite. This could only happen in the case of a infinite mass star or infinite density star. This cases were illogical cases and the scientists did not give any importance to the matter, falling it in the oblivion.
END_OF_DOCUMENT_TOKEN_TO_BE_REPLACED 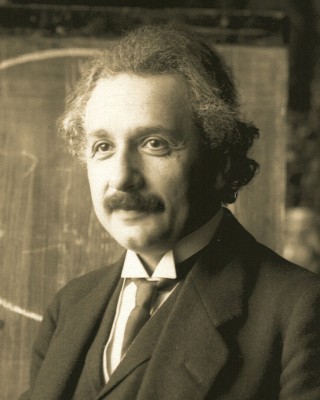 Albert Einstein was born in Ulm, Germany on 14 March of 1879 and he grew up in Munich since the age of 1 year up to 16. Then his family moved to Italy and he left the course to go there too. He was very excellent in mathematics and physics but he was not interested in other matters. He studied on his own but his father forced him to return to Munich and then to Zürich to continue their studies. As he had not completed high school, he could not enter the University but he was admitted at the Polytechnic of Zurich, where he studied physics and mathematics with Heinrich Weber and Herman Minkowki.

He married Mileva Maric, Croatian, in 1900 when she graduated and obtained Swiss citizenship. END_OF_DOCUMENT_TOKEN_TO_BE_REPLACED 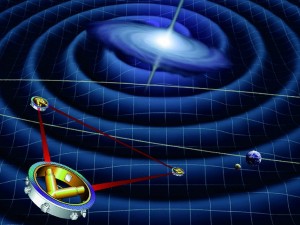 It is said that the gravitational waves are a consequence of the  theory of relativity, of   Albert Einstein, but it is difficult to find texts in which they argue why this relationship, except that they are arising from the study of the Einstein field equations. Let’s try to apply a little logic and some knowledge of relativity in this issue.

The key question is the following question: is possible to convey the effect of gravity faster than light?

Let’s assume for a moment that that is possible. For simplicity suppose that gravity affects instantaneously, or at infinite speed. That has a very important consequence, that is that you could create an experiment to transmit information instantaneously through instantaneous changes of gravitational effects. END_OF_DOCUMENT_TOKEN_TO_BE_REPLACED

Among stock investors, in the study of the Elliott waves often you will see naming the numbers 0,618 and 1,618 as usual proportions in the stock market charts, and therefore between stretches of Elliott waves.

These numbers are the golden proportions, highly estimated by old Greeks as the most beautiful proportions, and that are seen too much in the nature.

It is the positive solution of the equation x2 = x + 1

END_OF_DOCUMENT_TOKEN_TO_BE_REPLACED

The scientific method is a method of investigation used primarily in the production of knowledge in the sciences.

It is intended to be a pattern that allows researchers to go from the initial point of an investigation until conclusions with confidence to obtain valid knowledge.

The scientific method is supported by two pillars. The first of these is the reproducibility, i.e., the ability to repeat a given experiment, and the second pillar is the Falsifiability. In other words, that any scientific proposition must be capable of being falsifiable by experiments (Falsifiability). Karl Popper was who founded the epistemological current of the Falsifiability, refutationism or principle of falsifiability, by which to contrast a theory, should be able to try to refute it by a counterexample.